The technologies on this page represent cutting-edge research and development in the noted fields.  Each project is currently at a different stage on the path to commercialization and funded by various grants from the National Institutes of Health or other national health organizations.  As products move from the lab to the marketplace and become available to the public, the new products will move to our Products page. 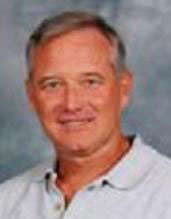 ALZHEIMER’S STUDY: Vestibular – Topographical Memory Markers For Those At Risk For Alzheimer’s Disease

BDC and Dr. Fred Previc enter the battle against Alzheimer’s with an innovative approach.

We are working on Phase I of an SBIR grant funded by the National Center for Advancing Translational Sciences that will develop biobehavioral markers for topographic memory impairments and their possible antecedents.

These topographic and possible vestibular biobehavioral markers will be integrated into a web-based interface and decision-support system that will provide an early warning indicator for those at risk of topographic memory failure and possibly Alzheimer’s disease. Ultimately, this system may be used to identify those at risk for Alzheimer’s disease, as well as those who may be amenable to vestibular remediation.

As such, the development of these biobehavioral markers has the potential for both a profound impact on public health and commercial success.